What Have I Done to Deserve THIS? Singer 66

A lady brought her Great-Grandmother's sewing machine into the shop for servicing this afternoon.  She said it had been stored in an unfinished basement for fifty years more or less. 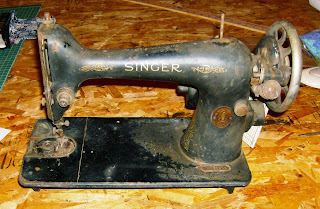 It had originally been in a treadle cabinet but was converted to electric somewhere along the line.  The Great-Granddaughter has the original treadle cabinet and wants to eventually de-convert the sewing head back to treadle configuration.  For now, she wants to use it as an electric machine until the wood cabinet is restored.

My first thought was that any machine stored in an unfinished basement for half a century would be too rusted to ever put back into sewing condition but Looking at the hook area, the rust appears to be light and I think it will buff off. 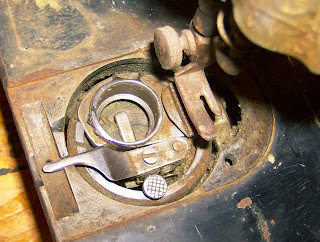 The electricals are shot 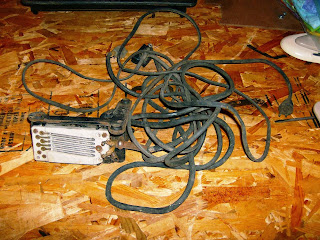 The stretch rubber belt is cracked in many places, the spring that holds the slide plate is missing 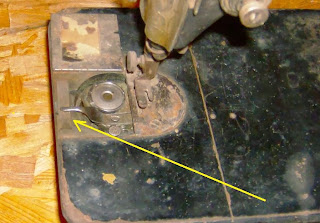 And the bobbin winder looks like a fused mess of corrosion and dirt. 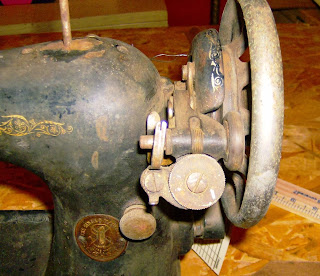 On the bright side, I have parted out a number of 66's and have lots of spare parts in the parts bins. I think I can get this old lady sewing although it will never look new again.

The Singer 66 is my most favorite.
I have restored quite a few...WD40 is a must. I actually use the 66 in my patch sewing business, sewing patches on leather vests, repairing leather stuff and chaps.

Because 66s are so plentiful and cheap, I had quite a few of them in my early collecting days. I have graduated to more complicated zig zag machines and most of my 66s have moved on to loving homes. -Ed

What a disaster! I understand the sentimental value in this machine, but personally I'd buy replacement SInger 66 in good cosmetic condition and keep this one for parts.

I found your blog about a week ago, and have been reading the posts starting from day one. My first interest was in regards to your comments about Japanese made machines. Now I found this most interesting post on the Singer 66. I've had a 66 since 1999 that was given to me by a friend of my mother. She had it in the trunk of her car because she had just picked it up, and I'm sure she had the knowledge to refurbish the machine. Don't know why I've held on to it this long since it's frozen up, but I'm sure glad I have. Reading your blog has given me the confidence to try and get it going.

P.S. I also have a Featherweight that is frozen.