About a week ago, I fixed a lady's sewing machine. When I didn't charge her, I told her all I did was replace her bobbin case with one from a parts machine someone had given me. I told her if she hears of anyone about to toss out a machine, please grab it for me because I can always use parts. She said she had a machine out in the garage that was worn out and good only for parts, I could have it if I wanted it. 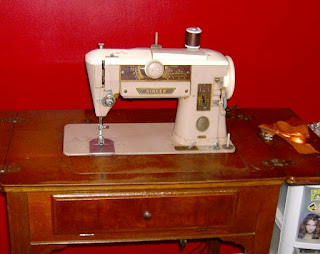 Turned out to be a Singer 401. I am partial to the Singer slant needle machines because a 301 was my first sewing machine and a 401 was my second, so I took it. 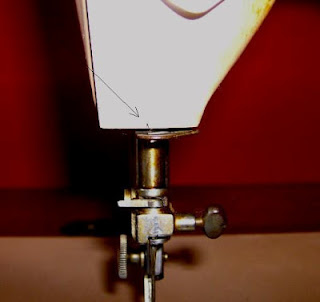 She said that it had been used so much that thread has worn a groove in the housing of the machine, the thread kept getting caught in the groove and shredding or breaking. I looked closer and, sure enough, there was a groove just above the last thread guide on the housing.  I threaded the machine and she was correct - the thread runs right through that groove. 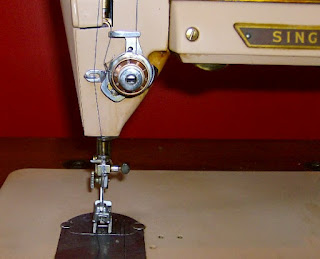 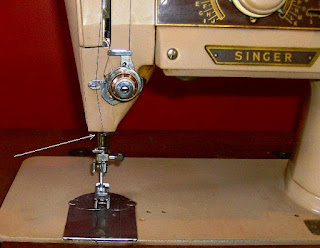 In a quick test, it sews fine. I need to clean and oil and give it a real test tomorrow.
Posted by Unknown at 4:39 PM 5 comments: 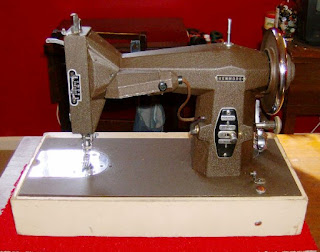 I said when we took over the quilt shop that I hoped it would bring me some interesting machines to play with - here is the first one.  It is a Kenmore 117.560 made by White. I have always been intrigued by the rugged appearance, brown wrinkle paint, and octagonal shape. There isn't a curve anywhere visible on the machine, except the balance wheel. Every surface is flat. I have seen them before but every one I saw was either in too rough shape or too expensive for me to pick up. This one is in excellent condition didn't cost me a cent! 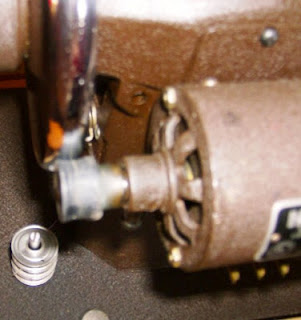 I repositioned the friction wheel and dressed the rubber to make it conform more closely to the edge of the balance wheel. Hopefully, she won't have that problem again. 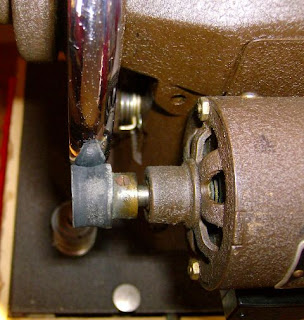