Last week, a lady brought her Babylock Pro-Line serger by for a cleaning and to have the knives replaced. 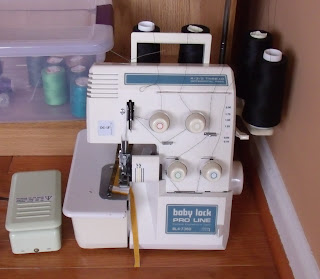 The machine had been sitting idle for some time and had gotten stiff, so I had to go fairly deep into it to restore lubrication to all the moving parts and had to resort to YouTube for instructions on adjusting the new knives because I had never replaced knives before.

That got me in the mood to tackle one of my three seldom-used sergers to see if it was still in working condition.  I made the choice which one to work on by turning the balance wheels.  The Brother and the Babylock both turned freely 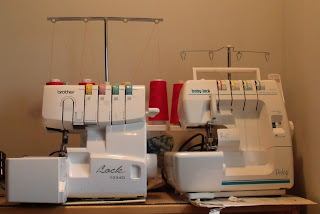 but the Pfaff was frozen solid - I couldn't turn the wheel at all! 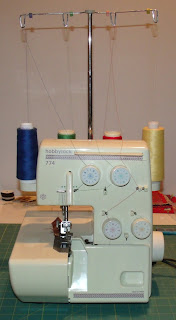 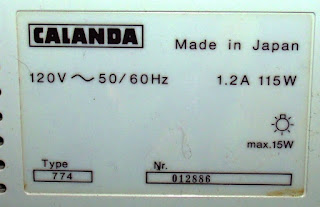 I picked up this serger fairly cheap because it had significant rust.  You can't see much of the rust in these photos because (a) I have cleaned some off and (b) the really serious rust is inside where you can't see it. 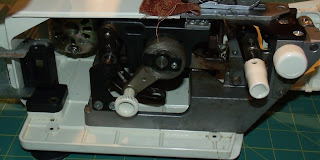 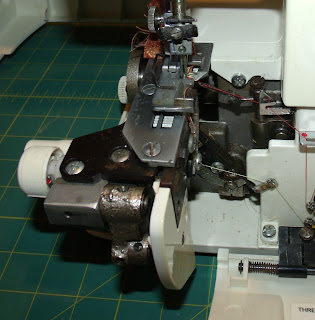 I wish I had taken photos when I had all the covers off but I got too impatient to see if it was fixed to go get the camera and take pics.  Threading a serger is difficult enough that I was not going to un-thread just for a photo op.

The biggest problem (after oiling and freeing up the mechanism) was that the lower looper timing was way off.  All I got was a series of parallel needle holes on the fabric with no interlocking thread at all.  Fortunately, I had a service manual for the Hobbylock 794 which was close enough to provide all the necessary adjustments and clearances.  The serger now works the way it should, even if it is not the prettiest one I own. 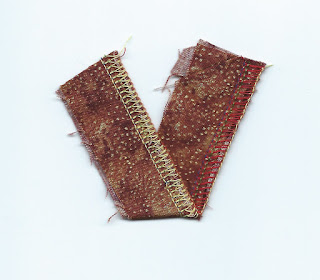 Even though I rarely use a serger, I felt this effort was worthwhile because I learned a lot about how one works.  Before this, I thought there was a little magic box inside the case that made all the fancy stitches happen - now I know it is just a bunch of levers and bellcranks and it no longer mystifies me.